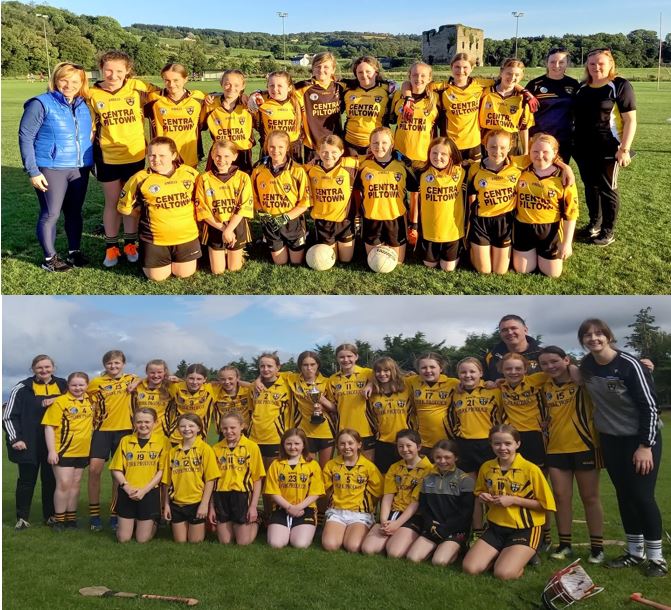 Piltown Under-12 girls GAA players had the historic distinction in 2021 of winning both the Ladies Football and Camogie “A” county Championship titles in Kilkenny.  A fantastic achievement for the players and the team managements.  The achievement made many people very proud and very happy, parents, grandparents, siblings, club officers and coaches.  I was especially happy and proud as two of the key team management were my daughters, Lisa (Ladies Football) and Jennifer (Camogie). I admire the dedication and enthusiasm they brought to it and along with the other members of the management, the great way they had with dealing with the players.  I loved, their attention to detail and watching and listening their planning and preparation for matches. The time off the pitch in preparatory mode, was just as much as the time on the pitch.  Their appreciation of being dual players themselves was evident in games approach.  At times I may have been a sounding board, which I enjoyed, but the achievement was all theirs along with their fellow management team members of Sandra Quinn, Pauline Coady and Kevin Barry and of course the players of both teams. Extra credit to Sandra who was involved with both teams.

Under-12 is young and not intended to be competitive, although tell that to any of the players and some of the parents.  However, I can say without a shadow of a doubt, that both management teams used every opportunity to develop the girls as players and good people, keep them challenged, ensure enjoyment and provided plenty of game time for every single player throughout the competitions.  This was the managements greatest achievement, more so than winning the competitions.

For these girls, in this year, they have achieved the ultimate. They could win no more.  This is a feat that they can only ever equal. Even if they go on to win All-Ireland Senior Club titles in a single year. even though it will feel much bigger, the measurement will be the same. The reality is, although they have the potential of winning huge in Camogie outside the county, unfortunately, the same in football is unlikely due to the status of football in Kilkenny. However, every achievement in football will take on greater significance in the whole scheme of things as the challenge will be that much greater, especially outside the county.

The challenge to maintain that momentum, will grow exponentially year on year.  There will be so many hurdles and distractions; Academic and career ambitions and choices, relationships and health are standard obstacles as people develop in sport.  Within the sport, continued enjoyment, varying management and coaching philosophies, opponent development, attitude and involvement in other sports and activities and the challenges of elite (inter-county) sport will all serve to make the journey of attaining the maximum results annually, near impossible.  To have any hope of maintaining the potential shown, it will take a lot of joined up thinking and planning by all parties involved now and in the future. Both Camogie and Ladies Football working together with coaches and administrators and parents over the immediate future years.  Parents, did not achieve what their daughters achieved and in general will have no concept of what is required to continue that in the future with a view to those days that will feel even bigger than those enjoyed in 2021. In fact, most coaches will not know either as this is a first for Piltown. Slaughtneil in Derry comes to mind as being one of the few who might have an insight. Time planning how to face the challenges may be just as productive from a development point of view as time spent working in gyms and progressing the skills.

As for the matches, both finals bore testament to the character and resolve of the players and of course their managements.  Wonderful foundation to have for the challenges that lie ahead. Although the football team had been tested along the way, they could not have foreseen the huge test from Thomastown in the final.  First of all, the challenge of going to the lion’s den had to be overcome.  Then a tit for tat battle took place on the pitch.  Thomastown led by a point coming down the home straight but Piltown had the courage to equalise and bring proceedings to extra time.  Within a minute of the start of extra time, Thomastown nudged ahead with a point.  Then came a tsunami finish from Piltown.  Although the girls had played so many games, day after day, it stood to them as they had the stamina built to combine with the confidence to get over the line by a four-point winning margin.  The Camogie team had a different route to the final. To be fair they weren’t really put to the sword.  They had cruised through.  Cruising is alright until something goes wrong, such as an early injury to a key player.  It was a slight rattle, but the ship balanced again, and Piltown looked like they were in control against a battling John Lockes. Then another iceberg was hit when a penalty was given just before half time. It unnerved the team and when two more goals followed just after the break, the Camogie team was in uncharted territory. However, they just need time to compose themselves and a small break to go their way.  It eventually did and again the girls’ stamina and character shone through as they cruised yet again in the final quarter for a 11-point victory.  Again, similar to the football, the amount of games played by the players was not an obstacle to success. Maybe there is something in the World Health Organisation recommendation for physical activity in children and adolescents aged 5-17 years.

We listen to them (WHO) for COVID-19 instruction, so why not when it comes to physical activity. Some people say or think children and/or adolescents do “too much”. The reality is that “too much” is a lot and very few reach it.

Whatever, happens, I hope the players are allowed build on the great foundation and go on to be great role models like those who built the foundation. 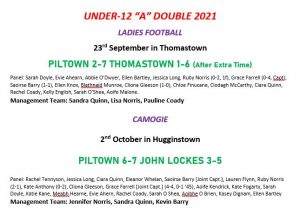 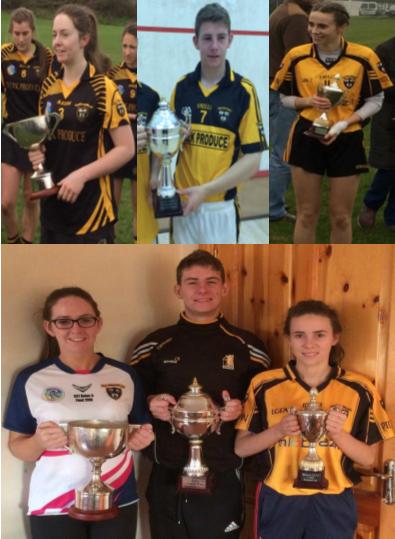