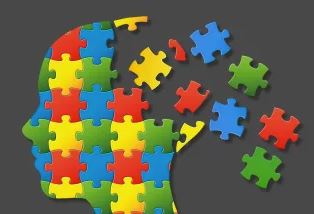 A player’s enjoyment of GAA games at adult level is shaped very much by the person(s) who manage or coach the team.  In general, if you like the content and the way it is presented, you are going to enjoy it more, be proactive, perform better and stay longer.  So, what is a typically good productive session?  Obviously, there will be exceptions, but this is looking at what a “good productive session” should be like in my opinion.  Let’s start putting together the Team Jigsaw. First of all, it is important to understand the difference between a Manager and a Coach and subsequently understand the logic if any of that being one and the same person.

MANAGER: Composes team strategies, sets out a team tactics, picks the team and subs, is in charge of disciplinary matters and putting “restrictions” on their players and is the link to all points of administration. The buck stops with the Manager.

COACH: The coach puts those strategies into action and provides specific skills such as hurling/football/camogie nous and skills development, speed, core strength, general fitness and mental development.  It is rare to have proficiency in all these attributes

In my humble opinion, one manager and multiple coaches are required in a top-class team management setup.  The term Selector is antiquated.  Having someone on board whose only skill is purely having an opinion on who plays where is about as useful as a sieve without holes.  Every “hurler on the ditch” has that type of opinion. Everyone involved in a management team must offer something that is beneficial to the team and team goals. Like in any career path, the coach often moves on to be a manager and have the ability to coach certain areas, but they must remember their primary role is manager at that stage. Paying Managers at Club level, in this day and age where there is so much knowledge and coaching development in every locality (or should be) is madness.  Also, adult players have the right to be treated as adults, not juveniles.

GAMES BASED TRAINING is the key to modern group sessions. About 75% of the majority of sessions should be devoted to playing the game you are training for.  This means matches, conditional matches, or practical tactical development.  Could you imagine a swimmer training for the Olympics and barely swimming?  Spending most of their time in a gym or running around the pool to increase fitness. They’d probably drown.  Metaphorically that’s what happens a lot of GAA teams, often only saved because the opposition did the same type of preparation. Or a boxer just hitting a punch bag or even shadow boxing and never actually sparring? He or she would be out cold in seconds against a real fighter. Focus on the sport you intend playing.  Most club teams only train twice a week for a period of less than 90 minutes each. That’s when they are together and can work together, playing the game. Playing the game is the main reason for playing the sport.  If the player enjoys group activity, he or she will enjoy the game.

FITNESS is something a player can do on their own outside the group. If they only do the two 90-minute sessions a week, they will never be fit enough anyway.  So, educating the player to understand the responsibility of fitness is in their own hands is important.  In any case trying to get a club squad fit using the same template for everyone is impossible, foolish even. Does a goalkeeper need the same fitness traits as a corner forward, or a full back the same as a midfielder?  Can a fitness training session have the same effect for someone who is an office worker versus a retail shop worker, versus a teacher, versus a farmer versus a builder versus a nurse.   What each do during their working day is considerably different and preparation for a physical training session later that day will have different effects and benefits. The aim should be to get the best out of each individual and that will not be the same for everyone.

The key thing is to provide programs for the players. However, make sure at club level there are choices. Some may love the gym. Others might hate it. Some might be based in an apartment and the scope for exercise might be limited, so important to have non or minimum equipment programs as well.  At the end of the day it should not matter which program they do as long as they take the responsibility. The final element is Measurement. You must adopt a fitness test, generally a circuit based one and once a month, record the results, having set a standard at the beginning of the year.  You can introduce a level of competitiveness into it and challenge players to do better than their friend. However, you need to be careful, that it doesn’t dishearten anyone. Get the players to understand that when it comes to fitness, the main opponent is themselves and that’s the person they need to beat and better at each measurement session. That is when GAA becomes an individual sport.

It is always worth considering, female fitness coaches for girls’ teams as they understand the female physiology a lot better than the male counterparts.  In addition, nutrition is a subset of fitness that is fully within the players’ control.  Similar for injury management.

SKILLS and drills are what most club coaches are into. Skills are very important but how important are drills? Adult players have been practising skills since they were very young and should always. The vast majority of skills can be practiced on your own.  The exceptions being tackling, blocking and hooking in hurling and Camogie. Skills are again the players responsibility. The coach cannot hold the hurl for you or kick the ball for you. So, coming to a field with your teammates and spending an enormous percentage of the session doing skills drills, most of which are just the same as circus acts is just an inefficient use of group time.  Under-12’s are good at handpassing a ball or striking the ball and running to the other side, when under no physical pressure. It’s trying to do it in a pressured situation with hurls and hands or even elbows flying around you is the challenge.  That’s why group sessions are about putting those skills you have practiced into action in a practical games-based situation.

It is worth noting that hooking is a skill which is difficult to provide a drill for and it is difficult to do on you own. Yet it was that skill that the legendary JJ Delaney is most remembered for when he hooked Seamie Callanan in an All-Ireland Final. That skill ability could only have been perfected in a match situation, not running across a field trying to tip your partners awkward swing at an imaginary ball.  Yes, he may have started off like that but perfection did not come by just doing that circus act drill.

Like fitness, Measurement is very important and there should be a monthly skills test where again the most important opponent is the player themselves. The test should include at least a half dozen of the basic skills. This is where skills coaches come in, identify areas for improvement and set targets for the individual to improve, assisting where necessary. Always be available to the player.

MENTAL preparation and development is the final phase and becoming more and more important as teams level up on fitness and skills.  This is a huge area and too vast for this article, but this is where the inches are gained in the modern game.  This is an area that Brian Cody excels in without any real formal training. It also covers explaining what you require from your players as a team, so that they all understand they are singing off the same hymn sheet. This is better done in a classroom or workshop session, sometimes replacing your practical session. Often nice to do when the forecast is dire and you don’t want to torture your players (beware of making them too soft). Whether you call it a Classroom session, workshop or whatever, never call it a meeting. Players hate “Player Meetings”.  Most of them switch off before they get there regardless of what the content is.  They come to play the game but remember they have to learn the game too and the style of play the team requires.  All apprentices do “Classroom” or theory sessions. The craft of hurling, football or Camogie is no different.

TEAM SELECTION is like putting a jigsaw together.  GAA is all about opinion, that’s what makes it so entertaining and allows everyone to be an “expert” but a successful management team will use facts above opinion. Following the guidelines above, each individual player could be considered a piece of the jigsaw.  Each is unique with their own qualities. Each one shaped to perfection and the picture is only complete when every piece is in the right place.  In other words, every piece is important.  The end result can be a beautiful picture and the source of much pride and satisfaction.

If you liked what you read