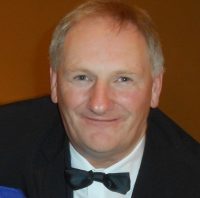 I grew up in an era when Westerns were very popular on television and Cowboys and Indians was the game of choice for young boys outside hurling and football. Playing Cowboys and Indians always involved a great deal of imagination and exploited the creative minds of young children as we hunted the Indians and the outlaws, charged with the bugle blowing Cavalry and we were the Sheriff who cleaned up the town while riding imaginary horses and shooting imaginary guns sometimes improvised as sticks or hurleys.  It was an era when good always won in the end, although the Indians were mainly seen as the baddies, though history is now reflected differently.  Nobody really played the Indians in those days unless someone’s sister. The Apache, Comanche and Sioux were always imaginary in our games.  Programmes like Bonanza, The Virginian and many Audie Murphy and John Wayne Westerns cultivated an imagination where adversity had to be overcome and the hero always got the beautiful girl, usually after a huge shoot out where the adversary is shot many times and “killed” many times over.  In fact, my imagination was so vivid and I was so naïve that my ambition when I grew up was that I wanted to be a cowboy; because I thought they were real. Some would say I still managed to become a “cowboy”.

So when I was about 10 years of age and my Aunt Mary who is a St. John Of God nun currently based in Australia, bought me a blank copy book with a hard cover, it was an opportunity to write a book and what topic did I know best but a Western. I’m sure someone said off the cuff, “You could write a book in that”. With an influence of the John Wayne Western film “The Sons Of Katie Elder” and the fact that I had so many uncles (Four boys on my father’s side and my mother had seven brothers), something which I yearned for as I had no brother in real life, a Western about a group of brothers joining together to take on the bad guys was an inevitable plot. I entitled it “The United Family” and several chapters were written in almost illegible pencil hand-writing (my handwriting was and still is terrible). It has never been finished as teenage years beckoned and other activities took centre stage and the realisation that Westerns, were not actually ”real” anymore, set in. The unfinished first novel still resides in my attic. Who knows may someday…

I still loved writing English prose and when I got to my Leaving Certificate years in Carrick-On-Suir Vocational School, aka “The Tech”, the classes were very small. There were two girls and myself in my year, three boys in the year ahead of us and three girls and a boy in the year behind, so fifth and sixth year were always together which made for a unique relationship with each other and our teachers. My English teacher was a Mrs. Mary Fitzgerald and she was my favourite teacher. As I did not do Irish, I did honours English , mainly on my own, but she did really help me and when it came to the English composition or essay, she encouraged my wild imagination which made the slog of other parts of the English course bearable.  I am forever grateful for her support and encouragement. She gave me freedom to write, the content was never criticised. My sister Mary took one of my essays a few years later as she had homework using the same topic title and nearly got expelled by the nuns in Callan, to put things into perspective.

I left “The Tech” in 1982 and writing left my agenda again. Theatre was a social class above me for a few years, in my narrow mind.  I got involved in Piltown Macra Na Feirme in the latter stages of 1987. In 1989, they entered the county one-act drama competition with a play called “Strawberry Jam”. Although an English play by Bruce Fisk, it was played out in an Irish scenario and to be brutally honest, in my opinion, it was really horrible “stage Irish”. However, I thought the performances of my Macra friends in the play were great despite the poor script, especially one Sheila Keegan, later to be Mrs. Sheila Norris.  I felt if they had a better script, they could do very well. So I set about writing my own comedy farce “When The Cats Away, Everybody Plays” with a view to it being performed in the 1990 County Macra Na Feirme drama competition.  I got Sheila and my sister Mary to sell the project to the rest of the club and they did a good job on it. Meanwhile, I up skilled myself in the area of acting and direction so as I could take on the directing role myself.  The play qualified for the county final and although not successful in the final it was very popular with the audience, although the judge was not impressed.   I would later portray him in my play “The Cast” as a not too popular individual. For the next four years I wrote and directed the club play and even  acted as well, winning best actor and best director awards along the way though the elusive Macra county title was never to come.

By the mid-nineties the writing bug had well and truly bitten. From 1994, I wrote the factual local notes for the Kilkenny People provincial newspaper in an adventurous way.  This I did for 2 decades highlighting many local issues and stories. I made the column interesting, informative and challenging. I went from one act plays to full length plays, to short stories and eventually a novel (Quest For Justice).  One of my plays “Weeping Women” won a competition for a rehearsed reading with Waterford playwright, Jim Nolan and was later performed by the KATS theatre group. Another “Painters Mess”, won a Drama League of Ireland competition and had a rehearsed reading with renowned director Scott Marshall.

I even dabbled in poetry, something I hated when going to school, still do if the truth be known. Subsequently song lyrics became part of my writing diet and these were put to music by my gifted brother-in-law, the US based Enda Keegan.  By the mid noughties, the kids took up more of my spare time. The GAA and sport was a better pastime to share with them as against the sometimes lonely pastime of writing. The GAA was an interest we could all share together as a family. However, over the previous decade, my portfolio had grown, but people were unaware of my treasure throve. So in 2014, I decided, what was the point in keeping my gems hidden and after many false starts I eventually came up with this website launched in 2017 for all to view my extensive works and for many to obtain and use.  My plan over the next period is to promote these works so that my plays will be performed again and my stories and novels published and more importantly read.

My genres include my childhood obsession of Westerns, but my subject matter has evolved significantly over the years. Irish stories are the nucleus. Stories based on experiences but fictionalised for dramatic effect.  You can enjoy them all on this website. Tell your friends.

One thought on “HOW I BECAME A WRITER”