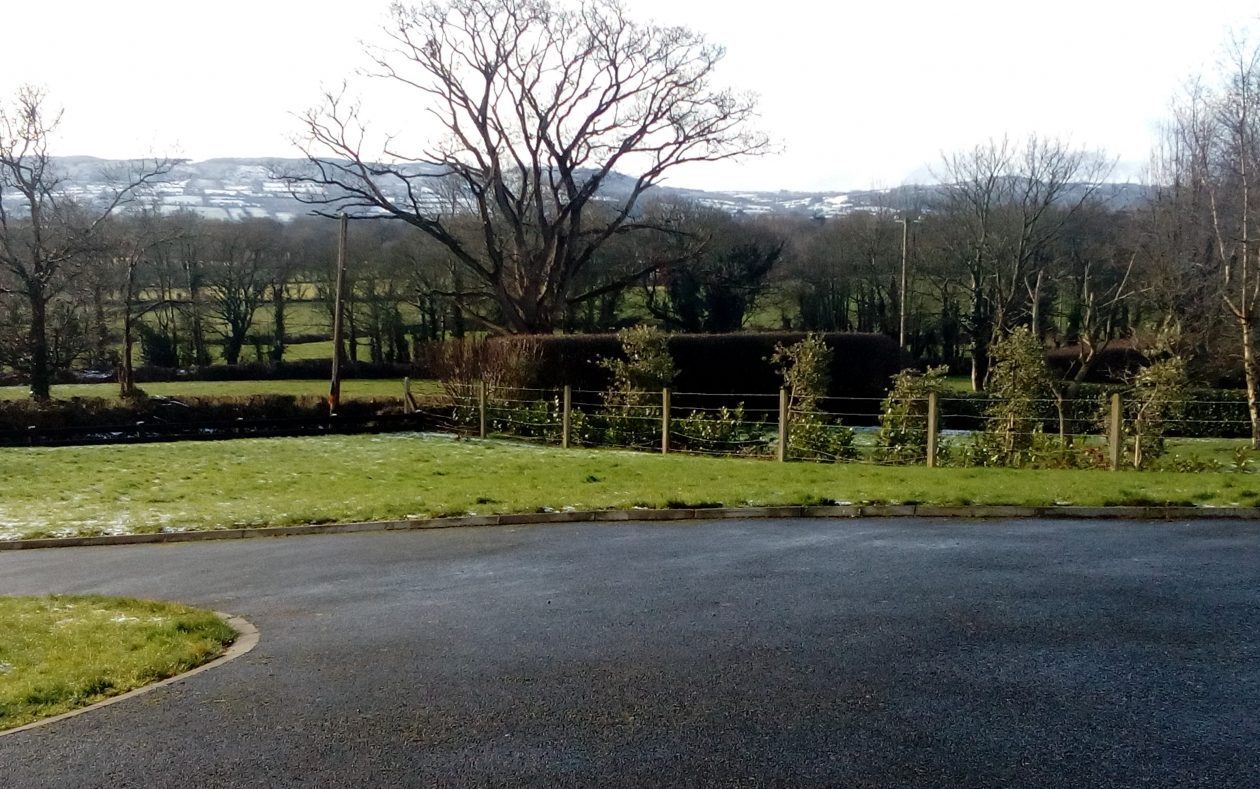 This month’s blog is the story behind my song lyrics “My Heart Belongs to Piltown”, motivated by some recent traction on social media.  Coincidentally, the story crosses both my writing and sporting interests.

The idea came for a Piltown song came about in 2005. I had dabbled in song lyrics for a few years in conjunction with my brother-in-law; US based singer/songwriter, Enda Keegan. He put my words to music based on my mood direction. In fairness Enda indulged me and my madcap ideas. The truth is I am devoid of a musical note and skill. On the other hand Enda is a superb singer and musician. I consider myself a wordsmith but I’ll leave it to others to judge if the same adjective fits. In the nineties, I entered songs in the National Song Contest with the dream of one of them representing Ireland in the Eurovision Song Contest.  At that stage it was difficult to even enter the National Song Contest. You needed a promoter. Mine ended up being former Senator and radio broadcaster, Paschal Mooney. The nearest success we had was reaching the final of the Glinsk Song Contest in 1997. A contest won by Eurovision winner Paul Harrington previously. My song “Let’s Just Kiss” was performed by Maria Merry of Fiddown and Dermot Keyes of Portlaw and Munster Express fame. Evan Grace was involved in the backing track. We didn’t win, but it was an interesting experience. What I enjoyed was being in a recording studio putting together the demos.  These were done in the Poppy Hill Recording Studio in Eadestown near Naas in County Kildare. There was a pop star buzz to the whole professional studio process.

My children were born between 1995 and 2000. In sport, I was still playing soccer for Piltown as well as five-a-side in Waterford, but by the mid noughties, the toll of over thirty years of playing sport had severely taken its toll on my body. My hips were well and truly worn, eventually leading to two total hip replacements, one in 2011 and one in 2012. The idea of playing, though still the ultimate, was becoming less practical. In late March 2003, I was visiting Jim Norris (A neighbour at the time on the Rathmore Road, Fiddown and who was chairman of the Rathmore Road Residents Group, A small group that worked tirelessly at the time to improve safety on the Piltown/Fiddown Bypass). His wife Jackie was involved with Piltown Camogie Club and she asked me would I get involved in coaching the young girls on a Sunday morning seeing as Jennifer was reaching that age.  (I had previously managed Piltown Junior Camogie team back in the late eighties for a year). As I said in previous blogs, coaching and team management was something I really loved.  I jumped at the opportunity and arrived the following Sunday morning at the Piltown GAA field.  Fate works in strange ways. In my enthusiasm I had arrived a week too early. While I was standing around the car park, I met Liam Ryan, now my neighbour in Jamestown. Liam asked would I give a hand with the boys while I was there who had started back. What else would you do? So began, almost accidentally a period of 10 years coaching Piltown boys in Hurling and Gaelic Football. In 2006, Jim Norris invited me to get involved in Kilkenny Hurling Development Squads as well. Over a dozen years later and I am still involved and have added Gaelic Football to my Kilkenny resume since as well as being the only Kilkenny person to be involved in Tony Forristal and Sonny Walsh All-Ireland winning management teams.  I am very grateful to Jim, Jackie and Liam for the opportunities that they sowed the seeds for, over the last decade and a half.

In those early years involved in Piltown Juvenile GAA, Enda, on his trips home from New York, would do a concert in the GAA Complex to raise funds for the Juvenile Club. It was at one of these concerts, and again it was Jim Norris, who asked us to put together a Piltown Song. It may have been a passing request, that Jim and Enda soon forgot about but I started to think, the seed was sown. Wouldn’t it be great if Piltown had a song that could be sung at all Piltown GAA events? An inclusive song, as far as is possible. Something like the “Rose of Mooncoin”, but this time, a Piltown song. A song that could be sung after Piltown has won a county championship in celebration or even an All-Ireland title. A song that would become synonymous with Piltown, about Piltown and for the people of Piltown.  I was dreaming and dreams have no limit is my motto. I pictured Piltown winning an All-Ireland club title, with me as the manager and the song being played over the Croke Park PA being a song that I wrote the lyrics for. Thus was born the lyrics of “My Heart Belongs to Piltown”, the dream and the ambition.

It was a number of years before Enda actually added the music and the voice, but I think he did a fantastic job. Social media reaction would appear to confirm. We published the song originally on the old Piltown GAA website in 2010 while I was the website Administrator. In the summer of 2014, I went around Piltown capturing footage on my camcorder of many of the well-known landmarks and edited it to make the video which was posted on Youtube as part of a website for Piltown Girls Gaelic Sports.  I wanted to sell the beauty and the amenities that Piltown had to offer to the wider world. What struck me most was when I was recording footage from both Owning Hill and Corbally Hill, the shots of the Suir Valley on a beautiful summer’s day; what a beautiful area we live in! Almost heavenly and probably under appreciated by many. I would recommend to everyone, on one of those rare glorious summers’ days, to head to some of those vantage points, look, listen and feel.  Your worries will soak away.

When my role as Administrator of Piltown GAA website was ended prematurely, the marketing also ended.  However, when a door shuts, another always opens for those who seek it… “My Heart Belongs To Piltown”. It still does. Part of the dream is there, the other part is the ambition to lead the Piltown GAA teams to those great days. The ambition is there, the comprehensive plan is there, the supports are ready and waiting for the call to put together the best team of people possible to deliver the ambitious dream in a professional and inclusive manner because no one person can deliver it. To facilitate the fantastic players to be the best they can possibly be and enjoy the journey, because the journey is wonderful. The management team’s main qualification will be that their heart belongs to Piltown and their passion is Piltown, 24/7/365, not just the GAA but all of Piltown. Unfortunately, it looks like there is a long queue before I and my team of people get a shot having submitted my name for the team management roles over the last number of years and yet to get an interview or even an acknowledgement, but the ambition never fades. We are ready to deliver when the call comes and the Players want it.

And having said all that, the dream for the song although born in the GAA, should not just be a GAA song. Jim Norris came up with the idea and sowed the seeds. Enda Keegan delivered the music. I delivered the words, the direction and the dream is a work in progress but the Song should belong to all in Piltown, the parish, the other sports clubs and organisations, any club or any individual whose heart truly belongs to Piltown.

Click Here to check out my Song Lyrics, Music and Videos