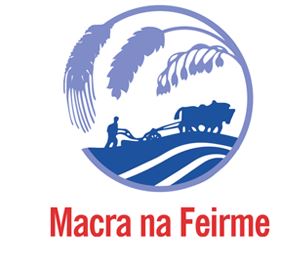 In 1994, Macra Na Feirme celebrated 50 years as an organisation. At that time, I was the County Kilkenny Anniversary committee Chairperson having been the PRO for the previous two years.  A number of events took place to commemorate the occasion including a gala dinner, a tree planting ceremony in Mooncoin Vocational School, the site of the first branch and a commemorative book, for which I was editor and which is available on this website HERE.  Another novel idea was a film/documentary called “Kilkenny Macra Na Feirme Back To The Future”.   This is now available on my YouTube Channel and can be accessed HERE through this website.

This was my first venture into filmmaking. Armed with a flexible plan and a great cameraman in the form of Pat Farrell, a member of the Ballyragget Macra branch with additional footage provided by Simon Kennedy of the Glenmore branch, we spent several months collecting footage, interviewing, scripting and editing. Basically, having fun.  The end result was 96 minutes of history, events, fun and sport which was released on VHS tape with the artwork provided by Teresa Blanchfield of the Freshford branch.  A time capsule of Macra activity in Kilkenny in 1994. It was intended as a Macra promotional video but with the benefit of hindsight, I could have left a lot more footage on the cutting room floor, but there are so many memories for so many in the historic documentary, it was difficult to cut, because we knew the timeless history and memories we were capturing would be priceless as the years go by.  Unforgettable memories that needed to be remembered.

I recall the final editing session at Pat Farrell’s house in Lisdowney. A full Saturday of enjoyable editing, camaraderie and making sure the final project came together while Pat’s wonderful mother, (RIP), ensured we were well fed and looked after with her incredible hospitality and no little patience. Our launch and premiere showing deadline of the 5th November 1994 at the Newpark Hotel was fast approaching.  I’ll not forget it as I was involved in a not too serious car crash on the way home from work that evening.  Thankfully, everything else went to plan.

Anyway, over the years I have made a number of DVD’s and even transferred the film from VHS to DVD.  Lately, the next generation of Norris’ have been getting on to me about preserving these DVD’s in the “cloud”. Well with yet another lockdown due to COVID-19 in progress and time needing to be occupied, here is the first one.  Hopefully, those who were in it will enjoy the nostalgia or maybe their children might see them in a different and more impressed light.  There is little in the difference of what entertains most young people after just over quarter of a century.

I joined Piltown Macra Na Feirme in 1987.  Initially just to play indoor soccer in Kilbarry, Waterford on a Saturday night. However, I quickly realised the incredible opportunities Macra had to offer despite being viewed as a farmer’s organisation. Although, I came from a farming background, I certainly did not see myself as a farmer. I mean, I was working in Dublin as a Business Analyst coming home at the weekends to play sport locally.  Macra offered, so much. Sport was the obvious attraction for me but through Macra, I got to improve my Public Speaking, winning a Gold award nationally. I was compere at national level in the final of the Make & Model competition, I was on the runner-up Kilkenny team in the All-Ireland quiz final, formerly known as Cross Country Quiz when broadcast on RTE.  I won the comedy section of talent competitions in Kilkenny. No joke! The biggest opportunity came in the drama competition.  I got the amazing opportunity to write one-act plays which were performed by the Piltown branch and the Kilmacow branch.  It started an outlet for my love of writing and telling stories. The seed of the material available on this website. Sheila won several Best Actress awards while I won both Best Director and Best Actor awards. However, I was always disappointed the plays themselves never managed to get over the line despite a few near misses. It goes back to the elation of a team winning. In this case a team of cast and production crew, far exceeds the elation of individual recognition, albeit it a massive honour.

Macra gave tremendous opportunities to travel, the highlight for me was a group trip to Orlando, Florida. However, the festival weekends were incredible craic. Miss Macra, Miss Blue Jeans, Batchelor of the Year and of course the national convention weekend featuring the final of the Make & Model final.  This is not to mention, the regular nights out at “discos” with a group of friends. My sports career did take a hit though.  Although I am not a drinker, often not getting home until the early hours just before daybreak or a weekend with little sleep at all, can devastate the body. Then having to help with jobs early in the morning at home on the farm including milking cows. Those 11am soccer matches on a Sunday morning were tough going at times. I literally fell asleep standing on my feet momentarily one morning while waiting for a throw-in to be taken and an injured player be treated.  Yes, believe me, it can happen.

Above all, friendship was the biggest thing Macra had to offer.  Over 20 of Piltown members in the late 80’s, early 90’s ended up getting married to another member or a member from another club.  It was similar in many other Macra branches. This included myself and Sheila. We did not meet at Macra, but we got to know each other really well through the enjoyment of our shared interests.  Macra is not a dating agency. It is an organisation that gives the opportunity to share varied interests with like-minded people. This is the root of any friendship or relationship.  In these challenging times, it is worth remembering that and the value of friendship.  Twenty-seven years since the launch of the video, those friendships still exist.   Despite being a sports fanatic, especially GAA, some of my best friends are not sports fans and more are.

I hope that people who were involved in Kilkenny Macra back in 1994, take the time to reminisce and remember the value of friendship Macra gave you. Take the opportunity to pass on that legacy, which although the interests may have moved on and modernised, the values are still the same. Please pass the word that “Kilkenny Macra Na Feirme Back To The Future” is now available online for all to enjoy. Please subscribe to my YouTube Channel. It’s free and costs just the click of a button and follow me on other social media options.

One thought on “BACK TO THE FUTURE MEMORIES”